SATHYA SAI BABA ON THE EARTHLY LIFE OF JESUS CHRIST

Sathya Sai Baba on the earthly life of Jesus Christ
Sai Baba told many facts about the life and the spiritual path of Jesus Christ. The large number of lectures given about Jesus Christ that people learned from Baba were truly unique and very original, all the information provided could not be found in the canonical texts of the Gospel or other sources.

If you think of him as a completely ordinary person, then you involuntarily ask yourself a question - where did such detailed knowledge about the earthly life of the great Jesus Christ and about the peculiarities of his spiritual mission come from?

But the situation becomes clearer for those who realize the divine origin of Sai Baba, in this case the stories about the journey of life and the experience of the inner search for the spiritual path of Jesus Christ become even more valuable. 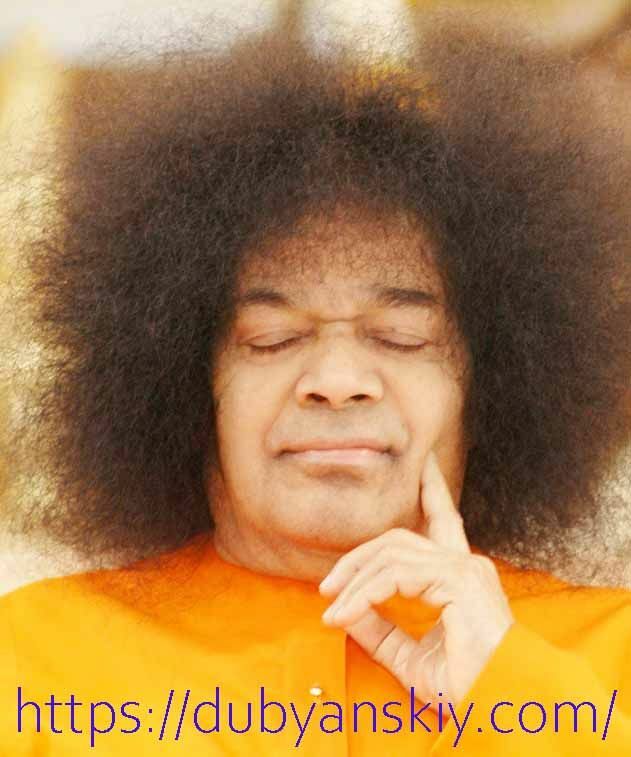 Throughout his life, Divine Sai organized public lectures or gave individual talks. In the manuscripts he wrote, there are lectures given to university students in many countries of the world. Book heritage, his philosophical works include several dozen volumes. During lectures and talks, he touched upon many interesting topics, among which talks about the life path or the philosophical views of Jesus Christ stand out.

In particular, in his sermons Jesus drew attention to the unity of mankind as a whole, love for one's neighbors, conversations between man and God, he also focused on the initial unity of the human soul with God. He told his disciples that the true faith in God was laid in the depths of the human spiritual heart.

Christmas was celebrated (in Western style) on December 25 in the ashram of the great teacher annually. It is known that in the Greek Orthodox Christian religion this holiday is celebrated on January 7. Since the Christians who came from America or Europe arrived earlier than the Russians and the Greeks, the tradition of celebrating Christmas in Western time was naturally established here.

When celebrating, Sai Baba always gave informative lectures about activities or interesting facts from the life of Christ. This tradition lasted for several decades, thus, throughout his life, he was able to convey a large amount of unique and necessary information about Christ.

The fact that incomprehensible Sai said that in the manuscripts kept in the Himalayan monasteries one could read about Jesus Christ's spending several years on the territory of the northern Himalayan mountains in Kashmir was very important for the complete understanding of the teachings of the great Jesus Christ and his unique divine mission. In those days, people called Christ by the name Issa, which meant "Lord of living beings."

This information allows us to understand that Christianity is based not only on Biblical facts, but even for the most part originated from the Vedic philosophy, the principles of morality and ethics inherent in Buddhism.

Jesus as a Child

From what sources did Sai get information about the life path of Jesus Christ? There were often times when he told the facts about Jesus in such detail that it seemed as if he was with Christ then, in a very distant past. The answer is simple - Sai Baba was an Avatar, for this reason even events hidden from consciousness from ancient times, present or not yet happened, were open to his penetrating consciousness.

At various times, during Christmas talks or lectures, Sai Baba told the story that after the death of his father (earthly), Joseph, the underage Jesus was engaged in carpentry. He emphasized that Joseph's death occurred in the adolescence of Christ. At such an early age, he already worked as a carpenter in the city of Nazareth or the neighbouring area. After that, he traveled, was able to overcome a long distance and ended up in India.

Many times Baba spoke about the highest spiritual level of Jesus’ mother Mary. There were several stories about Mary’s touching and careful education about the spirit in her son. When the young man decided to go to Indian lands to improve spiritual knowledge, his mother blessed him for this.

Nowadays, a large number of truth seekers mistakenly believe that family responsibility is a fictional illusion. For this reason, you can practice yoga or meditation and not engage in such duties. Sai Baba paid attention to the erroneousness of this opinion and always cited as an example the good relationship between Jesus and his mother, who showed the deepest concern for the spiritual enlightenment and development of her son's knowledge.

With the help of the developed skill of clairvoyance, Sai Baba had the opportunity to familiarize himself with life situations and the details of each person, about a historical fact that happened at different times. The gift of clairvoyance has long been inherent in saints or healers, but in any case, these abilities were limited. This did not apply to the abilities displayed by the Avatar.

Sai stories about the deeds or life of Jesus Christ are surprising and shocking in their many details. He said that in his youth, Jesus often walked up the hill outside his hometown. At that time he lived on the territory of Nazareth with his family - mother, sisters and brothers. Jesus' father Joseph was no longer alive then.

Thus, Sai Baba's narration indicated that the young man Jesus went to the hill, and Mary, his mother, was worried about his absence for a long time. She went to look for him and found her son sitting on the ground in the deepest meditative state. He meditated all alone on the hill for 12 days.

This story is unique and amazing, it allows you to learn much more about the inner spiritual world of the great Jesus Christ. We all know that at the age of 30 he received initiation (Baptism), which was conducted by his cousin John the Baptist. Immediately after that, Jesus Christ went to a distant desert for forty days in order to improve in prayer and meditation practices there. According to Sai's narrations, he had been practicing solitary meditation since adolescence.
Jesus walked the path of spirituality from an early age.

In his stories, Sai Baba focused on the fact that Jesus Christ had a special divine mission on the Earth, with which he came from the very beginning. Of course, he was a unique person, but at the same time Sai Baba noted that Jesus Christ was not immediately born so perfect, he walked a long path of spiritual enlightenment, and only after that he was able to realize his own unity with God.

Sai Baba often repeated that Jesus was Karana Janma, which means in translation from ancient Sanskrit, "born to fulfill a divine mission." Several unique lectures had been delivered on this topic by Sai Baba. He told people interested in Jesus' life in detail that the young Jesus performed many days of deep meditation practices in the quiet and secluded corners of the outskirts of Nazareth.

He noted that before reaching spiritual heights, Jesus Christ went through a large number of spiritual steps. From childhood, he walked along the spiritual path, the meaning of which was the contemplation of the only divine consciousness, a deep search for God in his own soul and heart.

Today, a large number of seekers of truth and their spiritual mission believe that there is no need for meditation and yoga practices. They mistakenly understand that it will be quite enough for them to come to some lectures, get acquainted with the Vedic philosophy, after which they can immediately achieve instant awareness and enlightenment.

Teaching the example of the earthly life of Jesus Christ, the Avatar(Sai Baba) of our era emphasizes that even the greatest divine souls who have visited our world with a special purpose, mission, must come to enlightenment through a thorny path, consisting of many meditation practices and self-improvement.