Write us
Callback
PREMA SAI NEWS
What will be the signs of Swami coming as Prema Sai? Professor Anil Kumar’s opinion

In 2019, Professor Anil Kumar released a famous video in which he answered the question - “What will be the signs of Swami coming as Prem Sai?”

Before analyzing this video, let's remember who Professor Anil Kumar is. For over twenty years he has been the personal translator of Sathya Sai Baba during public speaking and lectures. 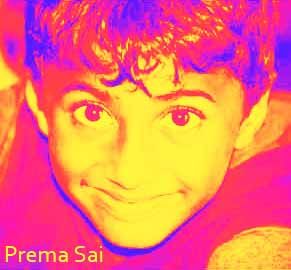 Sathya Sai Baba spoke in different languages, but he gave all his lectures in the local language, Tiluga. Since people of different nationalities were always present in the hall, simultaneous translation was necessary, which was carried out by Professor Anil Kumar.

Let's analyze these answers. Unfortunately, both answers are very naive and show the unwillingness of Professor Anil Kumar to admit many facts, the difficulty of the situation and the predictions of Sathya Sai Baba.

Hence, Anil Kumar said that the incarnation of Prema Sai Baba will be obvious to everyone, like the sunrise. When the Sun shines in the sky, it is obvious to everyone that this is the Sun and it shines in the sky, illuminating the Earth. Alas, this is a very naive point of view, since in the past epochs we already had many examples when divine teachers were born on the Earth, but only a few recognized them. An example of this is the life of Krishna, Buddha and Jesus Christ. Even the life and mission of Sathya Sai Baba was not obvious to everyone, many gurus and ashrams in India denied the divine origin and mission of Sathya Sai Baba. That is why the principle of "natural recognition", alas, does not work.

Anil Kumar in his video said that at the right time, Prem Sai would declare himself as an Avatar and then we would all know about His coming. Alas, this point of view is also very naive. Now (2021) there are more than ten candidates for Prema Sai in different parts of India. Already, most of them have "proclaimed" themselves as Prema Sai.

What does it mean to proclaim oneself an Avatar? Why is it important? There is a tradition, each divine incarnation proclaims himself, thereby marking the official beginning of its mission on the Earth. Sathya Sai Baba and Shirdi Sai Baba proclaimed themselves in their youth. After the ritual of "proclamation", the construction of the ashram begins and much more.

The problem is that now (2021) there are already more than ten candidates, and half of them have already proclaimed themselves as Prema Sai.

For those who have realized the Truth about Prema Sai, the proclamation is only a bright and kind traditional ritual, although true devotees already now know and realize who the true Prema Sai is. For those who deny Prema Sai, even His official "proclamation" will mean nothing, for, unfortunately, their hearts are closed to the realization of this Truth.

It is hard for me to imagine that Professor Anil Kumar does not know about the prophecy of Sathya Sai Baba that he was going to be born in 2012 in the village of Doddamallur. Despite this, the professor gives evasive and unconvincing answers.

The situation is really complicated, so let's respect alternative points of view, respect each other and perceive the multidimensional world with open hearts as the Creator’s wise Divine plan.