Every year in the middle of February, the anniversary of the founding of the miraculous Shiva temple near the village of Bevur is celebrated. The temple was built around Shivadingam by devotees and relatives of Prema Sai. When Prema Sai boy was five years old, he blessed this place in the neighboring jungle. After that, the Shivalingam began to grow out of the ground with the self-manifested relief of the Shiva Trident.

In February 2021, a Puja took place at this temple. The ritual was attended by about 800 people. The celebration began at sunrise and ended only in the late evening.

This wonderful Lingam is located near the village where the mother of Prema Sai was born. There are many ancient temples of Vishnu, Shiva and Durga. During such religious rites, traditional Vedic rituals are performed in parallel with shamanic practices.

During the rituals, it is interesting to observe Prema Sai boy who keeps distance from the ritual, but at the most important instants he can tell the devotees standing next to him that they need to immediately approach the medium who is in a trance, for at some moments the Divine presence of Shiva becomes more intense. With such recommendations, Prema Sai boy shows that he is in control of every moment of what is happening, behind his seemingly childish form hides an all-knowing and wise Avatar. 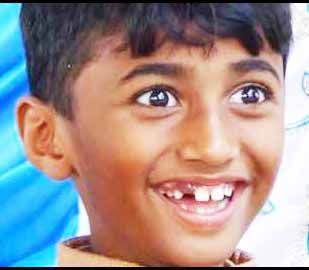