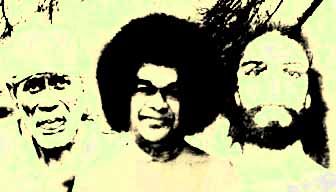 Sathya Sai Baba first spoke of his next incarnation as Prema Sai Baba on July 6, 1963. This was the first announcement of the birth of Prema Sai. He will be born in Mandya region, Karnataka state, South India. He will be called Prema Sai Baba, but that will be his spiritual name. At birth, each Avatar has a different name. For example, Sathya Sai Baba was born Sathya Narayana Raju. Alas, Sathya Sai Baba did not specify the exact date and place of Prema Sai's birth. Some devotees and followers believe that the exact date is eight or one year after Sathya Sai's departure. There was some confusion among the followers regarding the different solar and lunar calendars, as happened with the death of Sathya Sai Baba.

Prema Sai is expected to be born around 2012-2019. Already in his youth, he will announce his birth and thus begin his Divine mission on Earth. It is assumed that Prema Sai will proclaim himself at the age of 14, it is at this age that he will leave his parents and move on to live in his ashram.

To explain the purpose of His three incarnations, Sathya Sai Baba once said that when he was Shirdi Sai Baba, he was preparing the basis for his global mission on Earth. Sathya Sai Baba said wonderful words about himself: "I love you more than a thousand earthly mothers." When the era of Prema Sai comes, everyone will be able to taste the fruits of "heavenly food", as Sathya Sai Baba predicted.

In this material, you provide a video dedicated to Prema Sai, who was born in Karnataka in the Mandya region in the small village of Dodda Malur in southern India.