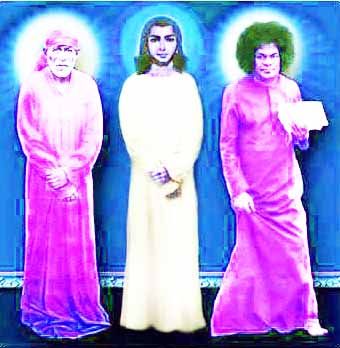 Wherever Hislop went, whoever he met, the devotees asked him to show the ring. After a year or more, devotees who had seen the ring earlier noticed that the image was changing. A year after the manifestation of the ring, the nose became more clearly visible on the relief. Of course this is a small detail, but it showed the miraculousness of the ring. In fact, it is a living ring that showed the process of forming the form of Prema Sai Baba. Hislop himself honestly said that he did not notice any changes, but his friends replied: "you do not notice it, because you see this ring every day."

Once, when Hislop was at a meeting with devotees, showing the ring, he decided to examine the ring more closely. He was amazed because he realized that it was a completely different ring. Now the nose was fully visible, although initially it was not, or rather the nose was melted by the edge of the stone. In addition, a part of the left eye and cheek became better visible.