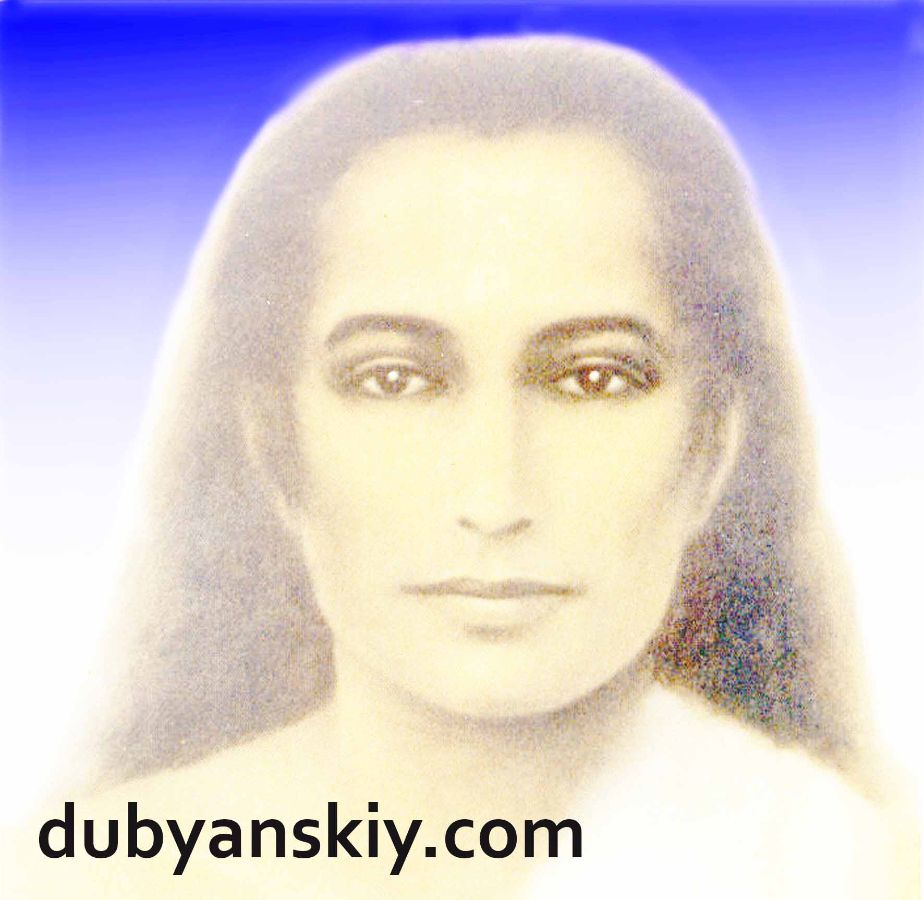 Numerous explorers tried to open the veil of mystery around the name of Mahavatar Babaji, expressing various, even the most incredible hypotheses. One is based on the fact that Babaji is not a name at all, but a polite form of addressing a spiritual master. Absolutely every versed practitioner of meditation can be addressed as Babaji. As for the rest of the assumptions about the origin of the name of the Guru, the fact that he lives secretly from society, sending only his close disciples to the big world, gives rise to the birth of many speculations and legends.

The lack of reliable data on the existence of the Indian immortal yogi leads to confusion in many famous publications. For example, in stories about three Himalayan immortal gurus: Gorakhnath, Nagaraj and Mahavatar - all three are called Babaji. This leads people to consider them as one person. The spiritual teacher Haidakhan Babaji is also mistakenly identified as being Mahavatar Babaji.

Eternal youth in an immortal body

Many stories tell about the secret life of Mahavatar Babaji, a saint who, incomprehensibly appears anywhere on the planet to meet close adherents of his instructions. It's amazing, because if you are ready for this meeting at the energy level, the outstanding Babaji may appear before you.

The physical body of the Himalayan Teacher is called "the body of eternal youth." Millions of years of earthly life did not affect the appearance of the Indian practitioner - he looks like a twenty-year-old young man.

There is an opinion that the path to self-knowledge and knowledge of absolute consciousness goes through several stages. The highest level of one's own realization is marked by the transformation of bodily matter into a special unfading essence. Most are unable to grasp the fact of bodily immortality, which leads to the impossibility of understanding the whole concept of Babaji's worldview.

The immortal body of the Teacher does not cast a shadow, because it is the source of light, it does not need food, rest, and even air. People are used to thinking that breathing is the main life process. The first seconds of a person's existence begin with a vital breath of air and end with it. Each inhalation marks the birth, each exhalation is a symbol of the completion of incarnation, its death. Throughout the day, you experience thousands of small births and tiny deaths. Each inhalation and exhalation is a new life, giving new opportunities. The flesh of an immortal yogi cannot die; it exists outside of duality. This is the reason the unsurpassed perfect golden body does not breathe. 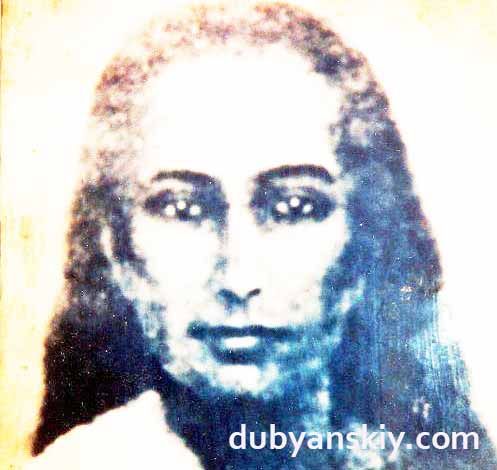 The greatest secret of the brilliant teacher

According to the traditions of Kriya Yoga, it is Babaji, the greatest Himalayan Mahatma, who has created Bija Mantras and the art of meditation. The absolute divine mind gave birth to magical transforming sound vibrations - Bija Mantras.
Later, the Mahatma's great disciples were able to adopt the method of meditation and mantras. This is the origin of the tradition of continuity.

We tend to perceive reality through the prism of modern science. If we are talking about deep antiquity, we are trying to reproduce the events of a thousand years ago. Nevertheless, this antiquity is rooted in unprecedented depth: the traditions of Kriya Yoga and Bija Mantra are more than one million years old.
Spiritual teacher on the sacred mountain Kailash

There are several versions of Babaji's biography. The true birthplace of the Guru is not known for certain; the date of his birth also remains a mystery. The version that he comes from the south of India is considered erroneous. The date of birth - 203 is also false. This fact is refuted by ancient knowledge, according to which Jesus Christ and Buddha were the disciples of the Himalayan Guru. By all the laws of logic, being born in 203, the great yogi simply could not physically teach either Jesus or Buddha.

Where do such assumptions come from? The fact is that 203 is considered the year of the incarnation of the glorious Mahatma named Nagaraj, who was also mentioned by Yogi Ramayah. Nagaraj is a one-of-a-kind master of the highest level, a disciple of Agastya Muni and Boganatera (also considered immortal and both are direct followers of Mahavatar Babaji).

The name of Haidakhan Babaji, who, presumably, also became the personification of Mahavatar Babaji, brings confusion into the perception of the whole story. This hypothesis was put forward by the disciples of Haidakhan after his death. This is absurd, because one should not forget that the highest teacher is immortal and simply cannot be reincarnated into someone. No one disputes the significance of Haidakhan's teachings, especially he never tried to impersonate the legendary Himalayan Guru.

Mahavatar Babaji appeared many millions of years ago from a flash of light at the foot of the sacred Mount Kailash in Tibet. Is it even possible to imagine such a thing? Although, if we are talking about the birth of something unearthly and divine, probably everything is possible.

Babaji has lived on Earth for millions of years, his science has been comprehended by selected followers for many eras. Modern civilization emerged relatively recently, before it there were many other cultures, which Elena Petrovna Blavatsky described in her book "The Secret Doctrine".

Buddha and Jesus Christ are considered to be some of the outstanding followers of Mahavatar Babaji. The canonical writings of the Gospel narrate only a small part of the earthly journey of God's son. The official texts are silent about the life of the prophet between the ages of 12 and 29.

Today we can talk about rare and very weighty evidence that this period of his life Jesus spent in India, comprehending the great science of the immortal yogi. In fact, Indian spiritual traditions have never denied this fact. This was stated by the most famous teachers of the twentieth century: Nicholas Roerich, Swami Abhedananda, Yogananda Paramahansa, Sathya Sai Baba and Yogi Ramaiah.

Jesus mastered the basics of meditation, Vedic and Buddhist philosophy under the direct guidance of Mahavatar Babaji himself. Later he could practice freely in the western Himalayas in Kashmir. Buddha also adopted the experience of self-knowledge from Babaji. This is evidenced by the technique known as Buddhist Vipassana meditation, which is considered the simplified version of Kriya Yoga.

In Buddhist teachings, the personality of Mahavatar Babaji is honored under the name of Buddha Samantabhadra, this prototype is mostly represented in Tantric Buddhism. 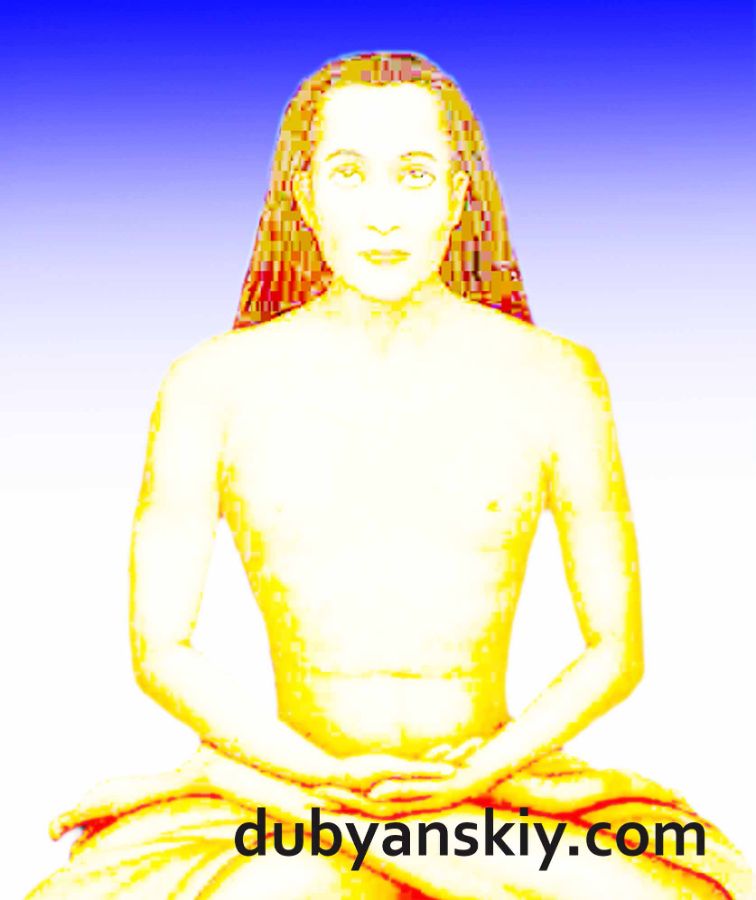 "The kingdom of God is within you"

From the canonical Gospel, we learn about the wandering life and the philosophical views of the Christian Messiah. It is amazing, because if we delve into the essence of the Christian scriptures, we can discern the hidden symbolism that directly points to the practice of meditation. Without immersion in self-knowledge, the adoption of the laws of the New Testament is impossible. In the depths of the symbolic beliefs of the epistle from John and Matthew, there is a secret explanation of internal processes at the energy level during prayer.

The last book of the New Testament - the Apocalypse is most of all devoted to the essence of the process of self-knowledge and self-control. Here we find not prophecies and warnings for the future, but a description of the structure of a sensitive inner world of a person and its possibilities. To fully comprehend the greatness of the revelations of the Apocalypse, it is necessary to actively practice deep self-absorption.

If you carefully analyze and compare the ethical instructions of Jesus with the prophecies of the Old Testament, you will notice a tangible difference between the truths of the two philosophies. The influence of the moralistic views of Buddhist and Vedic teachings is clearly felt in the ideology of Jesus.

The teachings of Jesus Christ are based on the highly spiritual norms of divine mercy and love, which define the basic principles of Buddhist traditions. His philosophical views differ significantly from the ideology of the Old Testament. This is what gave rise to a lot of doubts among the Christian people about the compatibility of these two teachings.

The formation of Christian philosophical norms was clearly influenced by the Indian religious traditions of the Vedanta school. In the teachings of Christ, his moral statements about the endlessness of spiritual divinity are heard: "You are Gods," "The Kingdom of God is within you," "I and My Heavenly Father are One." The statement of the Vedic religion is based on this.

Staying in a state of God-realization is called Shiva Svarupa Samadhi in the scriptures of Hinduism, which is characterized by staying at the highest level of one's spiritual realization and generating Divine Consciousness. A person who has achieved complete harmony with himself is rewarded with Divine Grace in all areas of his life, Grace also descends on the physical matter of the body. Such a practitioner ceases to be an ordinary person, acquiring the features of a God-man, and becomes a real yogi.

The eternal existence of a material body is a natural process on the path to higher self-knowledge, but it is far from the end point of one's own realization. An immutable body is only a marginal result of perfect God-realization. One of the most famous examples of achieving the highest level of self-knowledge and God-realization was the Himalayan enlightener and yogi of the highest level Mahavatar Babaji and his closest disciples. Only a small number of the greatest practitioners of the philosophy of knowing all corners of their inner universe revealed their names to the world, including Gorakhnath, Matsyendranath, Nagaraj, Boganatar, Agastya Muni, Mahatma Moriya, Patanjali Muni, Mahatma Koot Hoomi, Sundar Nath and others.

These unique personalities have become living evidence that life in harmony with oneself becomes possible when a person comprehends the unknown distances of his knowledge, for which he will certainly be rewarded with the highest divine grace.